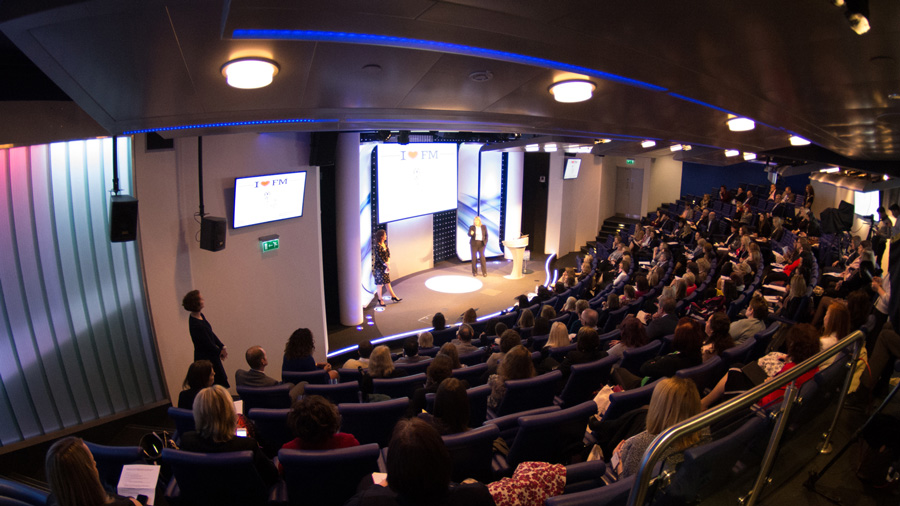 Like many women in the FM industry, I can remember when the BIFM was in its infancy, often being the lone woman in a room full of grey suited men discussing golf. So when Anne Lennox Martin opened the event with some anecdotes of being in that same position I was amazed at just how strongly remembered those feelings of inadequacy were. The total panic of being ‘found out’ and that I didn’t really know very much about FM! How different from the welcome I received on attending my first Women in FM annual conference last week.

#wifm2015 is the third time the event has been held, and due to work commitments in previous years, I had only ever managed to follow from afar, being tantalised by the tweets from those taking part. This year was different - I was one of those tweeters who updated and informed and yes, to everyone’s delight got #wifm2015 trending on Twitter (I believe we got to number six).

The theme of the day was Breaking Through and each of the speakers motivated and inspired us with their breakthrough stories.

Anne Lennox Martin got us thinking about belief, behaviours and relationships, especially the one that we have with ourselves which can often be the reason we hold ourselves back from reaching our true potential. We were encouraged to build meaningful relationships at work that support us, and to get connected. Many people may still think that Twitter is something youngsters do with their thumbs. No - It’s an instant way of building a relationship. Try it; you might be surprised how many new friends you can make.

Debbie Rowland, 2013 FM of the year, then took us on a journey exploring how she managed the transition from Private to Public sector and how she coped with the challenges of stakeholder management. Her talk included the Old Boys Network, Oxbridge, swimming with sharks, pet Lords and applying the ‘bogs and boilers’ test, and how being tenacious, driven and passionate is so important. That and the fact that although she entered Government as a good manager, the opportunities that have presented themselves have allowed her to become a good leader.

Nick Alford gave us a funny, inspirational and incredibly moving session on overcoming the very personal barriers that he faced once he took the decision to swim the English Channel. From the year of planning and training to managing the fear of failure by turning it into aggressive positivity, Nick was keen to stress that things are doable alone, but so much easier with a supportive team around you, including family, friends and work colleagues. "Adding life to days when days cannot be added to life" was Nick Alford's inspiration for his cross channel swim.

Our panel discussion, hosted by Lucy Jeynes, used the film ‘like a girl’ to create a challenging and thought provoking session, exploring the importance of why we should not stereotype gender and on when the phrase ‘like a girl’ became an insult rather than a compliment.

This led naturally into the importance of mentoring, a message that David was keen to pick up on in the session that followed. WIFM has a great mentoring programme and can match up those wishing to be a mentor with those who would like the opportunity to be mentored.

David Ford gave us an insight into the challenges of breaking onto the Board and spoke honestly about how he has addressed the gender gap. He also commented on how important it is to recognise your clients and then reflect that in the composition of your board. David explained that customer and client knowledge and the customer and client experience are now more important factors to consider, rather than just focusing on measuring customer service.

He was also keen to point out that Generation Y want work that really matters, and they don't recognise restrictions or boundaries. As companies and FM’s, are we ready to accept these new ways of working? He challenged us to dream big dreams and expect big things, stating that with vision comes belief. The biggest threat is your view of the future, so be an optimist and not a pessimist and enjoy the ride.

Our final speakers, Emma Parry, the co-founder of the charity Help for Heroes, and Ela Le Galloudec, one of the Band of Sisters, have big dreams and face daily challenges. Who knew that Emma’s idea in 2007 of raising £10,000 with a fundraising bike ride across France would result in one of her most meaningful achievements, the creation of the Help for Heroes Charity? Ela from Help for Heroes Band of Sisters talked about gratitude - her husband is one of the Heroes. Ela gave us an inspiring talk about the personal challenges that she and her husband face and overcome on a daily basis and the support network that is the Band of Sisters and why it is so important to everyone. Who knew that Help for Heroes provided so much support to the families too.

And so we came to the end of an inspirational day, one that saw tears and laughter, where we were inspired to have big dreams, make meaningful contacts, seek out and embrace the dinosaurs and take confidence in the fact that within our industry sector there is a fantastic support network. Thank you to everyone who made the event such a success.