Last week I attended the IOSH Annual Conference in Birmingham, the first time I’ve been to the conference since its move from London’s Excel a few years ago. Despite my initial reservations, it proved to be time very well spent.

I should start by explaining why I had any reservations at all. I’ve been involved in running conferences and exhibitions for a large part of the last 20 years of my working life. In our earlier incarnation as Workplace Law, my company ran our own annual conference for 12 consecutive years, which became an annual date in the diary for UK facilities managers and enjoyed a loyal following. But with the increasing availability of online resources – and the growing influence of social media – it became harder to entice delegates to spend time away from the workplace and to fund it from their hard-squeezed budgets. We stopped running it in 2012.

As a programme organiser, there’s also the issue of just what content to present, and who to invite to present it. We went through a flurry of changes in legislation in the years before and after the new millennium, which brought with it a step-change in practice. A raft of health and safety regulation (the ‘six pack’) in the early 1990s; new laws to make buildings more accessible and energy efficient towards the end of the 90s; enhanced rights for workers brought in by the 1997 New Labour government; and significant changes to data protection and fire safety regulation in the mid-2000s. There was plenty to say, and with the internet still in its early days, conferences were one of the best ways to share knowledge and communicate all those changes.

The pace of legislative change has slowed, and there are quicker, more efficient, and more convenient ways to achieve these aims now. In short, where this year’s IOSH Annual Conference was concerned, like our own delegates all those years previously, I wondered whether being there was worth the investment in time and money?

Arriving at the International Convention Centre in Birmingham, the first thing to note was that there was a healthy turnout and a buzz in the room. Numbers were down slightly on the last time I attended, but the layout of the conference and exhibition space made for conducive networking.

Getting the conference programme right is tricky, but overall I thought a good balance was achieved.

I attended an informative session on the sentencing guidelines for health and safety offences, which provided some context for the way the new rules have been applied since their introduction in 2016. Fines are increasing (they rose 80% in the first year). But – interesting to note – there is leeway in the way fines have been calculated (for example, taking admission of guilt and the size of organisation into account). The session also provided a useful reminder that there have been only 40 or so prosecutions brought under corporate manslaughter legislation introduced ten years ago – fewer than I’d thought. 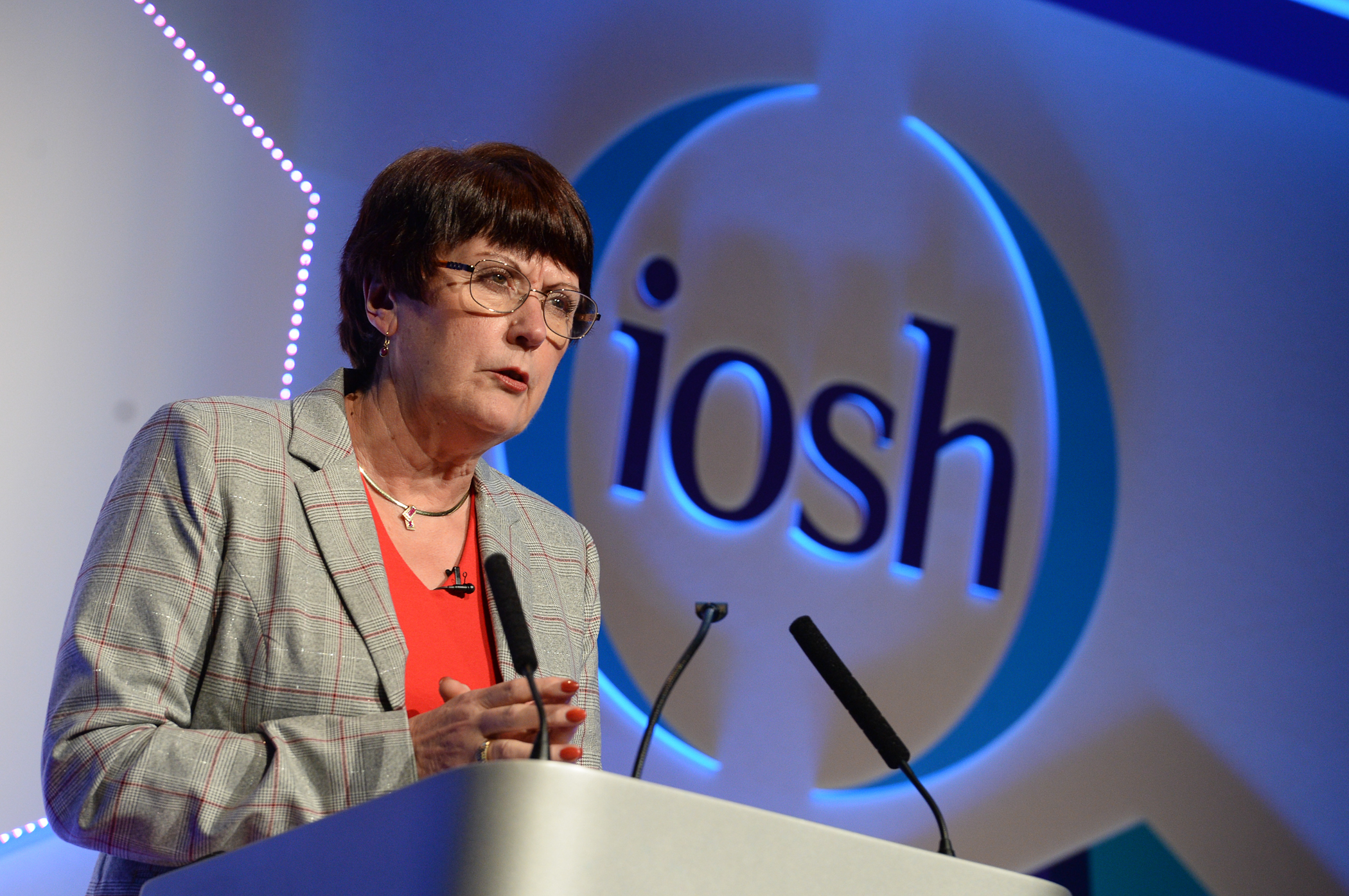 The conference also provided an opportunity to see Dame Judith Hackitt in the flesh, providing the latest update to her post-Grenfell Independent Review of Building Regulations and Fire Safety. I got the impression others in the audience may have seen Dame Judith speak on this subject before, but I found it helpful to gain more insight into the regulatory regime that I know reasonably well. And sadly, it was no surprise at all that something like Grenfell could have happened when there were (and still are) so many gaps caused by the current incohesive approach to the safe construction and occupation of buildings, residential or otherwise.

Two other conference presentations stood out, both centred on the cultural shift that was made following tragic accidents.

Mark Gallagher gave one of the best conference presentations I’ve seen in a good many years, if ever. It was relevant, insightful, engaging, informative and entertaining. Gallagher held a number of senior roles during his 30-year career within Formula 1. He was able to give an insider’s view of the industry’s approach to safety, relating details of major accidents involving death and injury, with sensitivity, insight and humility; balancing bathos and pathos, and ultimately demonstrating that the pursuit of safety is an unrelenting competition in itself. 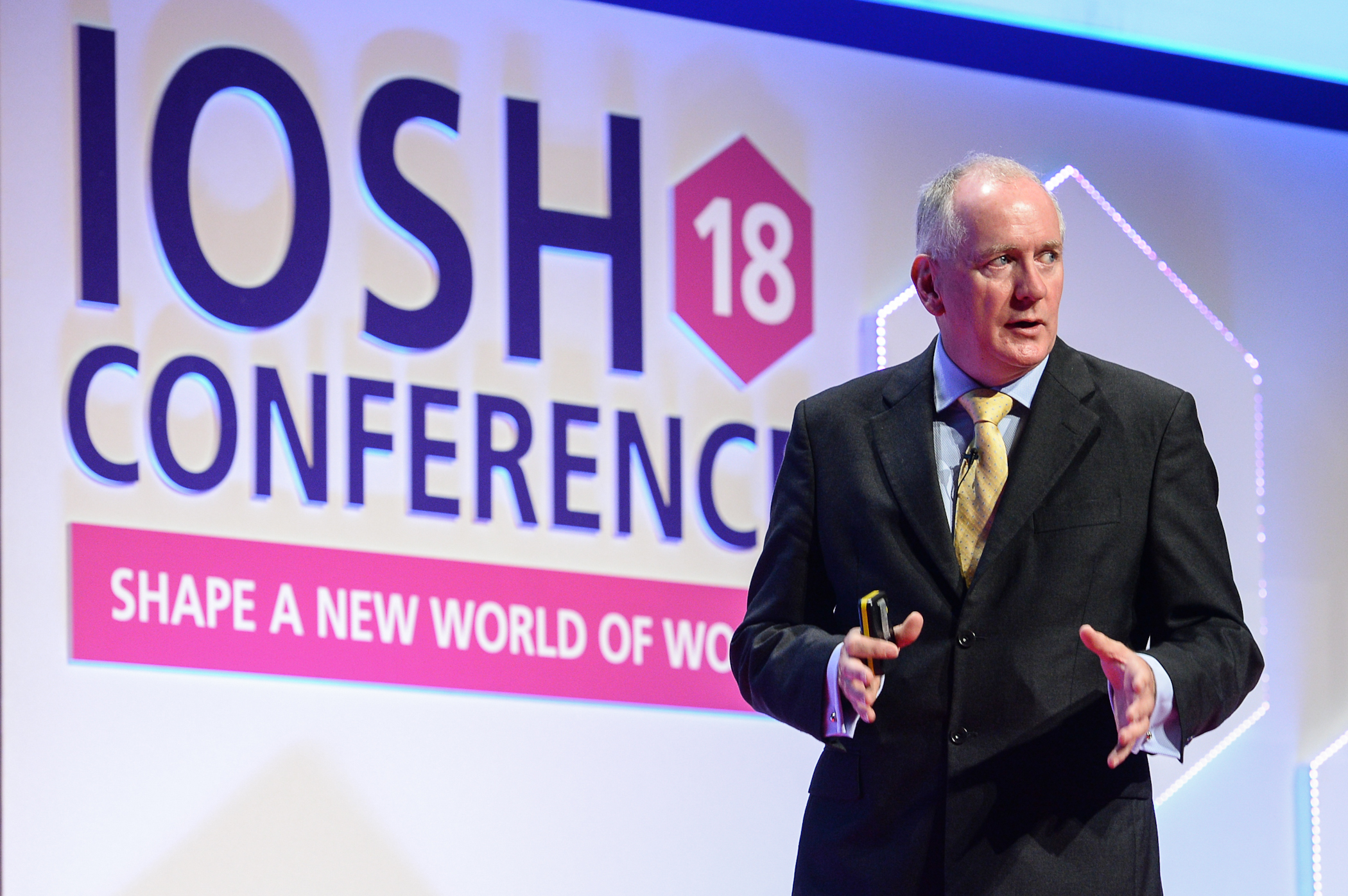 Shocked by the death of three-times world champion Ayrton Senna in 1994, Formula 1 brought in safety improvements that made a major impact in reducing the number of racing-related fatalities: roughly one a year over the previous 40 years. It was not until 2014 that the next major accident would occur, leading to the death of racing driver Jules Bianchi the following year.

Gallagher was careful to point out during his presentation that the Formula 1 industry employs a good many more workers than the small percentage we see racing, and that a rigorous approach to health and safety is just as important to workers in the engineering facilities and to volunteers marshalling on race days.

In a presentation later that afternoon, Dominic Wigley, Group HSS Director of Merlin Entertainments (who run Alton Towers theme park), gave an insight into the events that led up to the accident on its Smiler rollercoaster ride in 2015. The accident resulted in injuries to a number of people on the ride, two of whom subsequently required partial leg amputations. As with Gallagher, Wigley managed to tread a fine line between the clearly heartfelt remorse felt by himself, the senior management team and everyone working at Alton Towers, and the professional need to learn important lessons from the accident and the culture that had allowed it to happen. 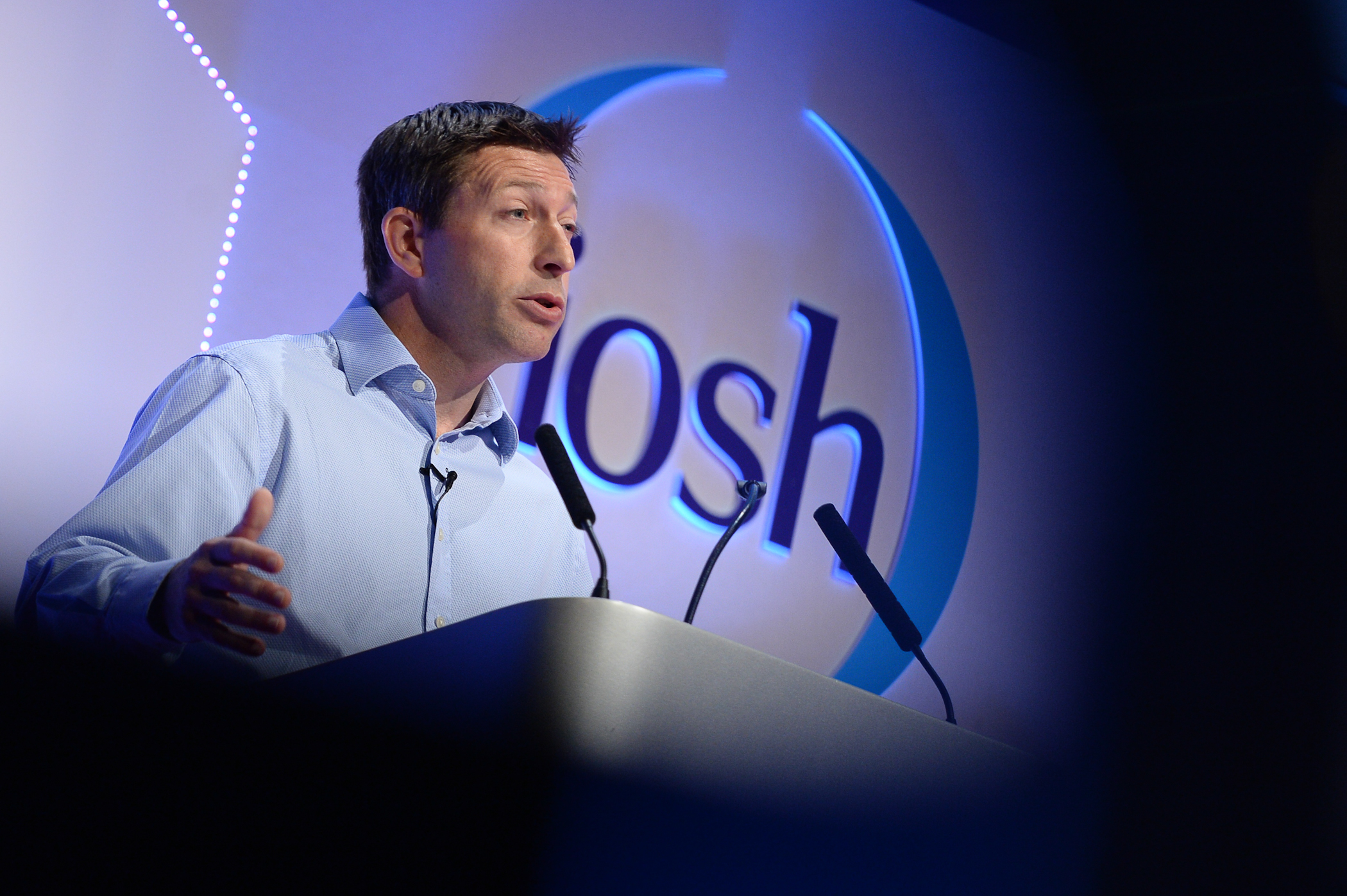 As well as providing an unvarnished account of the root causes of the accident, Wigley also took the opportunity to present what he’d learned about how to handle a crisis (his presentation was titled ‘In the eye of the Smiler’). Media coverage of the Smiler accident apparently made it the third biggest news story of 2015, and shortly after the story broke Merlin’s CEO Nick Varney was subject to an intense interview by Sky News’ Kay Burley (described in reports as a “blast”, an “attack”) in which she was criticised for being unduly rough on him.

There’s nothing new in saying that effective crisis management requires good planning. But when you hear first-hand about the news agency drones capturing live footage, vying for the same airspace needed by the air ambulance – and where every word (or lack of it) is imbued with meaning – it really does bring home the importance of thorough preparation.

Mark Gallagher’s and Dominic Wigley’s presentations were the stand-out sessions at the conference for me, and in the light of my opening comments, it’s interesting that both were really about sharing stories that had resulted in significant culture changes. Gallagher pointed out that complacency was a constant enemy: while the shock of Senna’s 1994 crash will never be forgotten by those present then, as with any industry people have since come and gone. If there is an ever-present risk that if hard-won wisdom is not to be lost, a key challenge is how to find new ways to make sure no one forgets.

One other point to note about the conference was that it provided a genuinely good opportunity to network. For me, that meant over drinks at the end of the first day, where I made some good new acquaintances and caught up with some old faces too. For many other IOSH members, volunteers and officials, there were plenty more opportunities to catch up over evening events, planned and unplanned.

Would I attend again? If I were in a managerial or operational health, safety or risk management role, yes, without a doubt. Digital communication and social media are efficient communication channels, but they are not the only ones. The lessons that you would draw from being there to witness presentations from Dame Judith Hackitt, Mark Gallagher and Dominic Wigley (and others, I’m sure) would not be so readily absorbed simply by reading them.