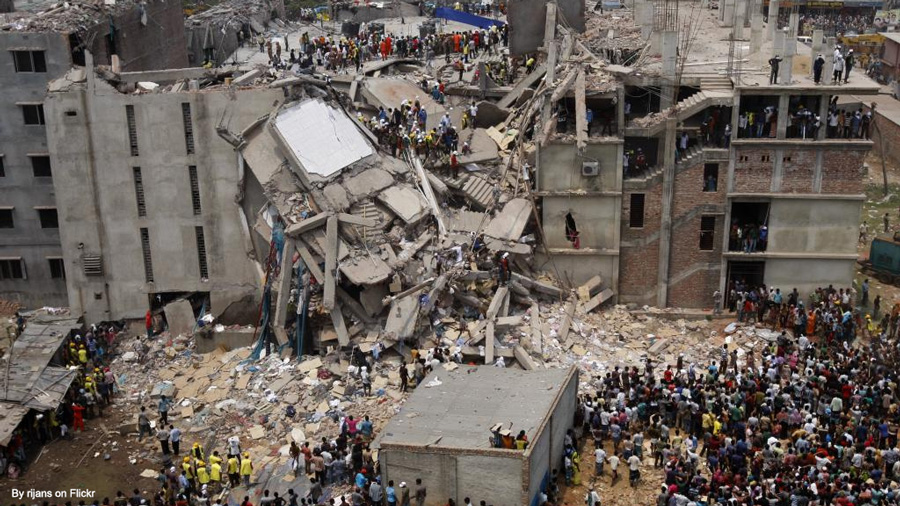 Police in Bangladesh have charged the owner of the Rana Plaza complex with murder following the building’s collapse in 2013 which killed more than 1,100 people.

It was revealed yesterday that Sohel Rana and more than a dozen Government officials are among 42 people to face charges for their direct roles in the deaths.

They are accused of ignoring warnings not to allow workers into the building the day before it collapsed. Investigators initially had said the accused, who also include the owners of the five factories in the building, would be charged with culpable homicide, but they later changed their plans due to the gravity of the accident, Bangladesh’s worst industrial disaster. Prosecutors say that if convicted, defendants face the death penalty.

Eighteen people, including 17 of those charged with murder, have been charged with building code violation. Additional floors were added to the original five-storey building, which was meant for office space and shopping malls. Later, illegally built upper floors were transformed into factories.

The prosecution says a court hearing is due to take place on 28 June to decide on further proceedings.

This is unprecedented as no one in the past has been punished for accidents at garment factories. However, such is the seriousness of the disaster; there is no way this case could be ignored.

Has the Rana Plaza disaster ensured working conditions around the world have improved though?

We want to hear your views - how has this disaster changed working practices across the world? Have there been drastic improvements made? And what more should organisations be doing to ensure the health and safety of employees? Have your say in our latest LinkedIn discussion group.