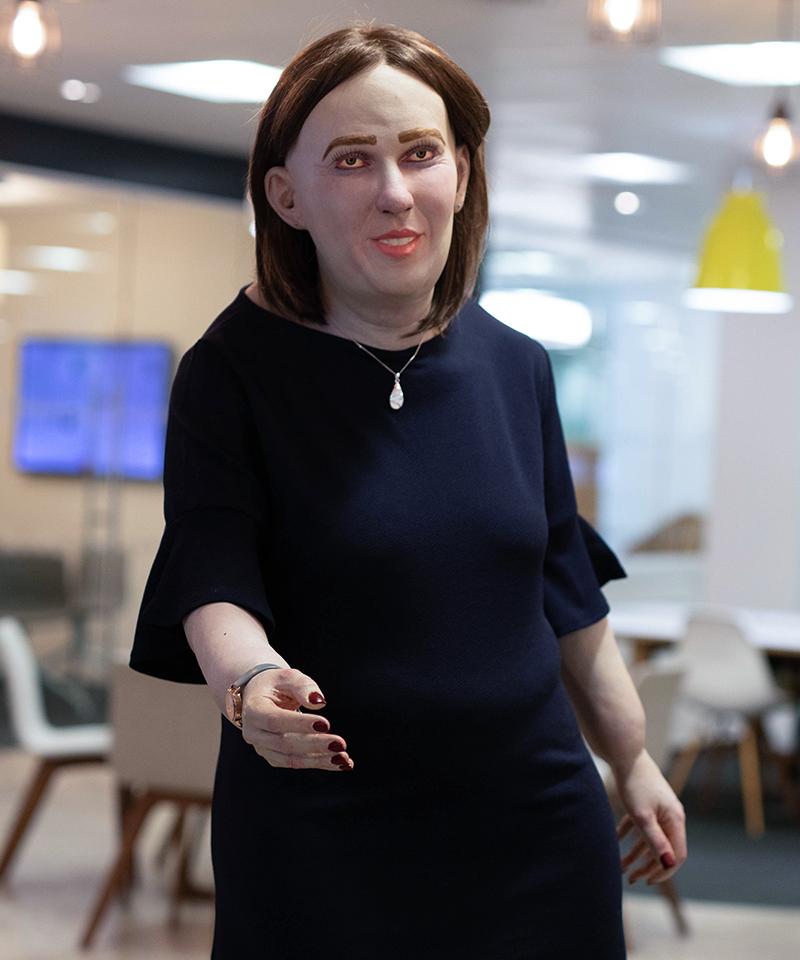 Health experts are warning that Britain’s office workers could be left with hunched backs within 20 years – if radical changes to work environments aren’t made.

New research by healthy workspace solutions provider, Fellowes, has revealed that more than nine in ten British office workers are suffering from poor health due to their work environment, and as a result, find their job more difficult.

With office workers spending on average six hours every day sitting behind a desk, over 90% are concerned this is too much time and 98% are worried that this could lead to health problems in the future, such as hunchbacks, headaches, becoming overweight and repetitive strain injury.

UK office workers are already suffering from strained eyes (50%), sore backs (49%) and headaches (48%) as a direct result of their workspace. What’s more, seven in ten workers are resorting to medication to manage these issues.

To help employers identify potential health problems lurking in the workplace, Fellowes worked with Behavioural Futurist, William Higham and a panel of experts in ergonomics, occupational health and wellbeing at work, to investigate and research the effects workspace environments are having on office workers’ health.

The resulting report – The Work Colleague of the Future – shows certain behaviours and problems that, if left unchecked, will leave the majority of office workers with permanently bent backs, and a huge range of other health problems by 2040.

Based on the report, a life-size model called “Emma” has been created to illustrate how workstation set ups can lead to office workers physically and visually changing, to cope with the poor office environment. “Emma” has:

William Higham, Behavioural Futurist and author of the report said:

“The Work Colleague of the Future report shows that employers and workers really need to act now and address the problem of poor workplace health.

“Unless we make radical changes to our working lives, such as moving more, addressing our posture at our desks, taking regular walking breaks or considering improving our workstation setup, our offices are going to make us very sick.

“As a result, workers in the future could suffer health problems as bad as those we thought we’d left behind in the Industrial Revolution.”

Despite workstation risk assessment being a legal requirement across Europe, research highlights that employers need to do more to support workers, as over a third of employees admit they have not been offered an assessment since starting their job.

Of those who have asked for their workstations to be improved, more than a quarter (28%) remain unresolved and a fifth (20%) say their bosses didn’t take their complaint seriously.

Stephen Bowden, ergonomist and human factors expert, who contributed to the report added:

“Over time, sitting at a desk all day is going to have profound effect on office workers’ health, both physically and psychologically.

“Steps should be taken to ensure normal everyday movements become part of the job. One way to get people moving and reducing the time they sit for is consider more ergonomic furniture in the workplace, such as sit stand desks. Sit stand desks can form part of an ergonomics programme to help prevent workers suffering long-term chronic health conditions.

To find out more about “Emma” and the Work Colleague of the Future report visit www.fellowes.com/Emma