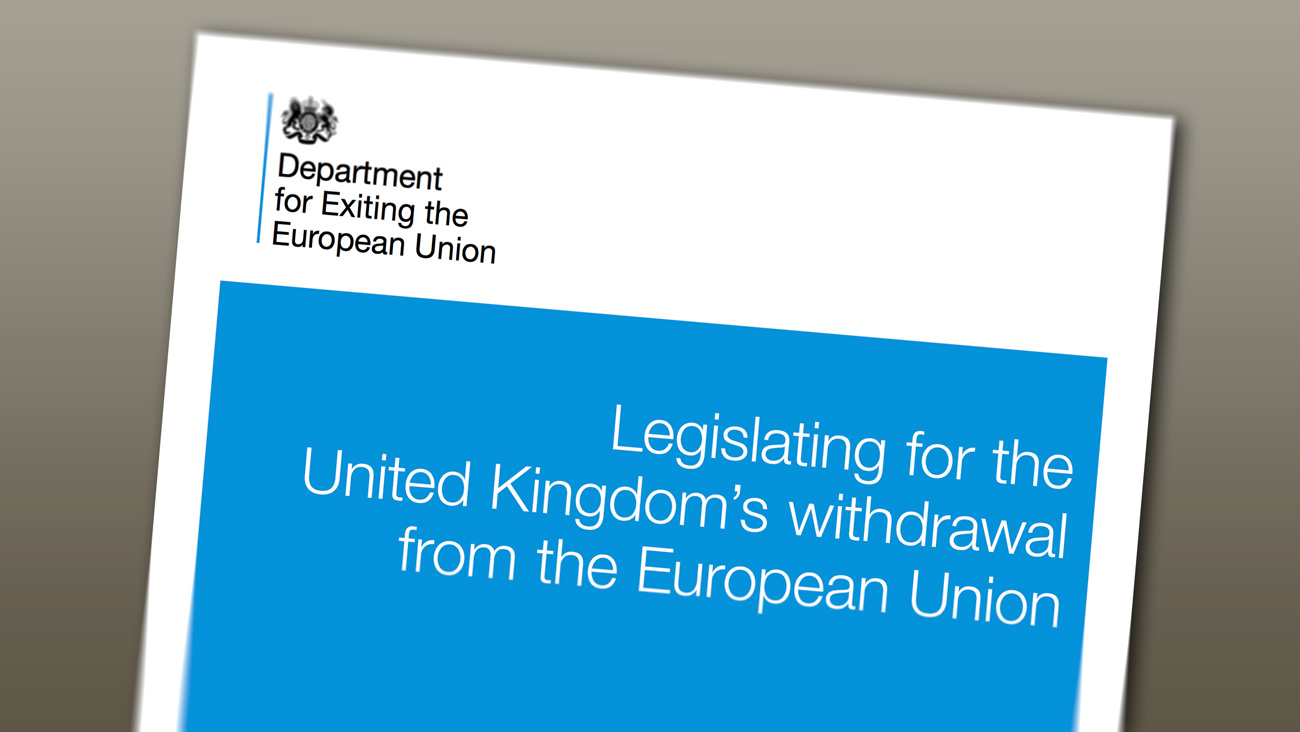 Great Repeal Bill – what will happen to workers’ rights?

Workers’ rights post-Brexit have been addressed in a white paper published by the Department of Exiting the European Union: Legislating for the United Kingdom’s withdrawal from the European Union. The paper explains how government will legislate by introducing the Great Repeal Bill, which will convert EU law into UK law from the day it leaves.

There has been significant concern over what Brexit will mean for UK law and, therefore, employer and employee rights. But the Prime Minister, in her foreword to the white paper, assures that implementing the Great Repeal Bill will “provide maximum certainty as we leave the EU. The same rules and laws will apply on the day after exit as on the day before. It will then be for democratically elected representatives in the UK to decide on any changes to that law, after full scrutiny and proper debate.”

The white paper details how the Bill will maximise certainty for businesses, workers, investors and consumers across the whole of the UK as it leaves the EU:

Speaking specifically about employment law, the white paper confirms that workers’ rights that are enjoyed under EU law will continue to be available in UK law after the UK has left the EU. Protections are further strengthened by the Great Repeal Bill’s incorporation of Court of Justice of the European Union (CJEU) case law, which means that where workers’ rights have been extended by CJEU judgments, those rights will continue to be protected in the UK once it has left the EU. In a number of areas, UK employment law already goes further than the minimum standards set out in EU legislation, and the Government will continue to protect and enhance the rights people have at work.

“It is important the Government sends a message that this will be a fair Brexit. We welcome the commitment to retaining the protections in the Equality Acts 2006 and 2010. We are pleased that ministers won’t be given powers to change laws that protect our day-to-day rights, such as maternity rights and data protection, without Parliament fulfilling its constitutional right to debate changes. We will scrutinise the terms of the Great Repeal Bill carefully to ensure that this intention is reflected in practice.

“The Government should use this golden opportunity to strengthen our own laws as we leave EU laws behind, including by introducing a constitutional right to equality that will make post-Brexit Britain fairer and more united.”

Legal advisors are in agreement that it’s an ideal chance for positive change. Speaking to the Independent, Michael Sippitt, Chairman of Clarkslegal, said:

“The modern workplace is going through major change anyway with disruptive technologies, less job security for many, the gig economy, agile working, and various other challenges to workforce terms and practices. So regardless of Brexit, there is good reason to reinvent the social partnership model for the UK with long-term good employment relations in mind.

“Overall the EU partnership idea of talking to each other about legal reforms has actually worked rather well for a long time, and has given much benefit to UK employees, though this is not widely appreciated.

“There is need for getting everyone to work together to build a better future, and a good start will be to reassure UK workers that employment rights and modern work practices will, in future, be addressed within a national employee relations collaborative model, which also may demonstrate to our EU friends that the UK still sees value in the social partnership concept, if only from across the Channel.”