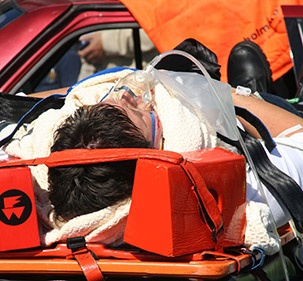 The father of a British soldier who died on an "unsafe" army test march is bringing civil action for corporate manslaughter against the Ministry of Defence (MoD), Sky News has reported.

The announcement follows an inquest into the death of Corporal Josh Hoole, which found serious training and planning failings surrounding a fitness test that took place on a very hot day.

Despite being described as “fit, capable and determined”, 26-year-old Cpl Hoole collapsed during the task and died within an hour.

According to Sky News, similar failings had occurred in an SAS selection march in 2013. Senior Birmingham coroner Louise Hunt told the army she had "grave concerns" about its "ability to learn from previous mistakes".

Ms Hunt concluded that Cpl Hoole's cause of death was a "combination of factors", recorded as sudden arrhythmogenic cardiac death associated with high cardiovascular workload due to exercise and heat stress.

The inquest heard that soldiers were aware it was to be "the hottest day of the year" and the march time at Dering Lines was brought forward as a result.

Heat experts later calculated the temperature had already reached the limit of safe operation at 6.45am before the march had started.

Rules governing the AFT meant that the exercise should have been stopped once heat illness was suspected.

"The MoD has acknowledged that aspects of the policy in place which governed the training Corporal Hoole was undertaking could have been better, and was in areas inconsistent.

"While much work has already been done to address this, we will seek to ensure that it is refined and improved to help ensure a tragedy like Corporal Hoole's death is not repeated."