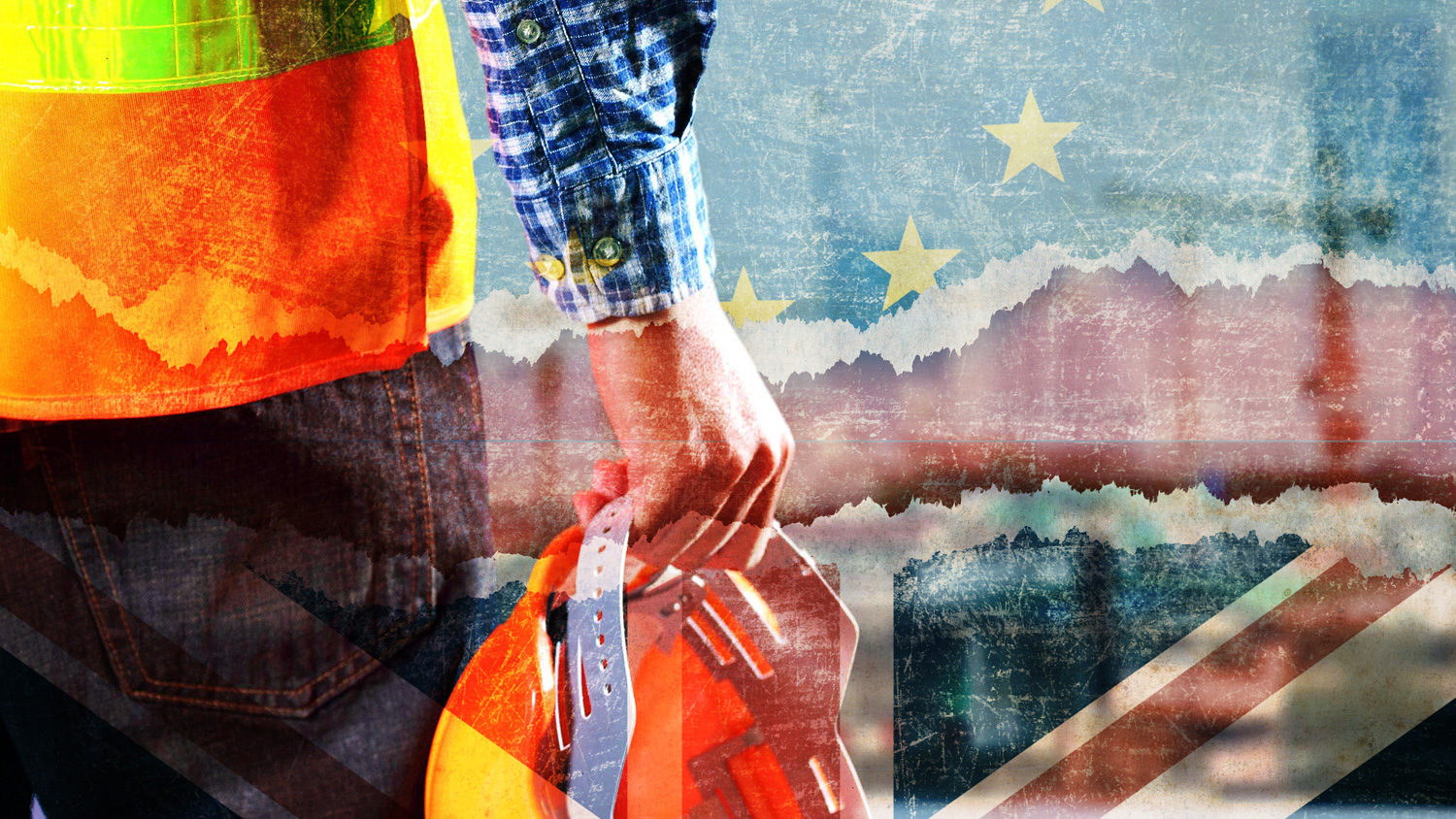 New figures from the Royal Institute of Chartered Surveyors (RICS) reveal that the UK construction industry could lose almost 200,000 EU workers post-Brexit should Britain lose access to the single market, putting some of the country’s biggest infrastructure and construction projects under threat.

RICS has cautioned that for Brexit to succeed, it is essential to secure continued access to the EU Single Market or to put alternative plans in place to safeguard the future of the property and construction sectors in the UK.

Latest RICS figures show that 8% of the UK’s construction workers are EU nationals, accounting for some 176,500 people. 30% of construction professionals surveyed revealed that hiring non-UK workers was important to the success of their businesses.

The UK is already in the grip of a construction skills crisis. While some overseas professionals, such as ballet dancers, are regarded as critical by the UK Government, and are therefore prioritised during the visa application process, construction professions have not yet been added to the 'UK Shortage Occupations List'. RICS is warning that this could already be placing the UK’s predicted £500bn infrastructure pipeline under threat and must be addressed as a priority.

When asked about the effectiveness of current plans to address the UK’s long-term skills shortages, 20% of respondents felt that apprenticeship schemes were not effective at all.

The view from RICS

“These figures reveal that the UK construction industry is currently dependent on thousands of EU workers. It is in all our interests that we make a success of Brexit, but a loss of access to the single market, has the potential to slowly bring the UK’s £500bn infrastructure pipeline to a standstill. That means that unless access to the single market is secured or alternative plans are put in place, we won’t be able to create the infrastructure needed to enable our cities to compete on a global stage. We have said before that this is a potential stumbling block for the Government, which is working to deliver both its Housing White Paper and Industrial Strategy.

“A simple first step would be to ensure that construction professions, such as quantity surveyors, feature on the 'UK Shortage Occupations List'. Ballet dancers won’t improve our infrastructure or solve the housing crisis, yet their skills are currently viewed as essential, whereas construction professionals are not.

“Of course, we must also address the need to deliver a construction and property industry that is resilient to future change and can withstand the impact of any future political or economic shocks — key to that will be growing the domestic skills base. As the industry’s professional body, we are working with Government and industry to develop that skills base, building vital initiatives, such as degree apprenticeships, in our sector to drive the talent pipeline forward. This survey reveals that more work needs to be done to promote the indisputable benefits of these schemes to industry — RICS intends to take this forward as a priority.”

This article first appeared at Rics.org and is reproduced with kind permission.