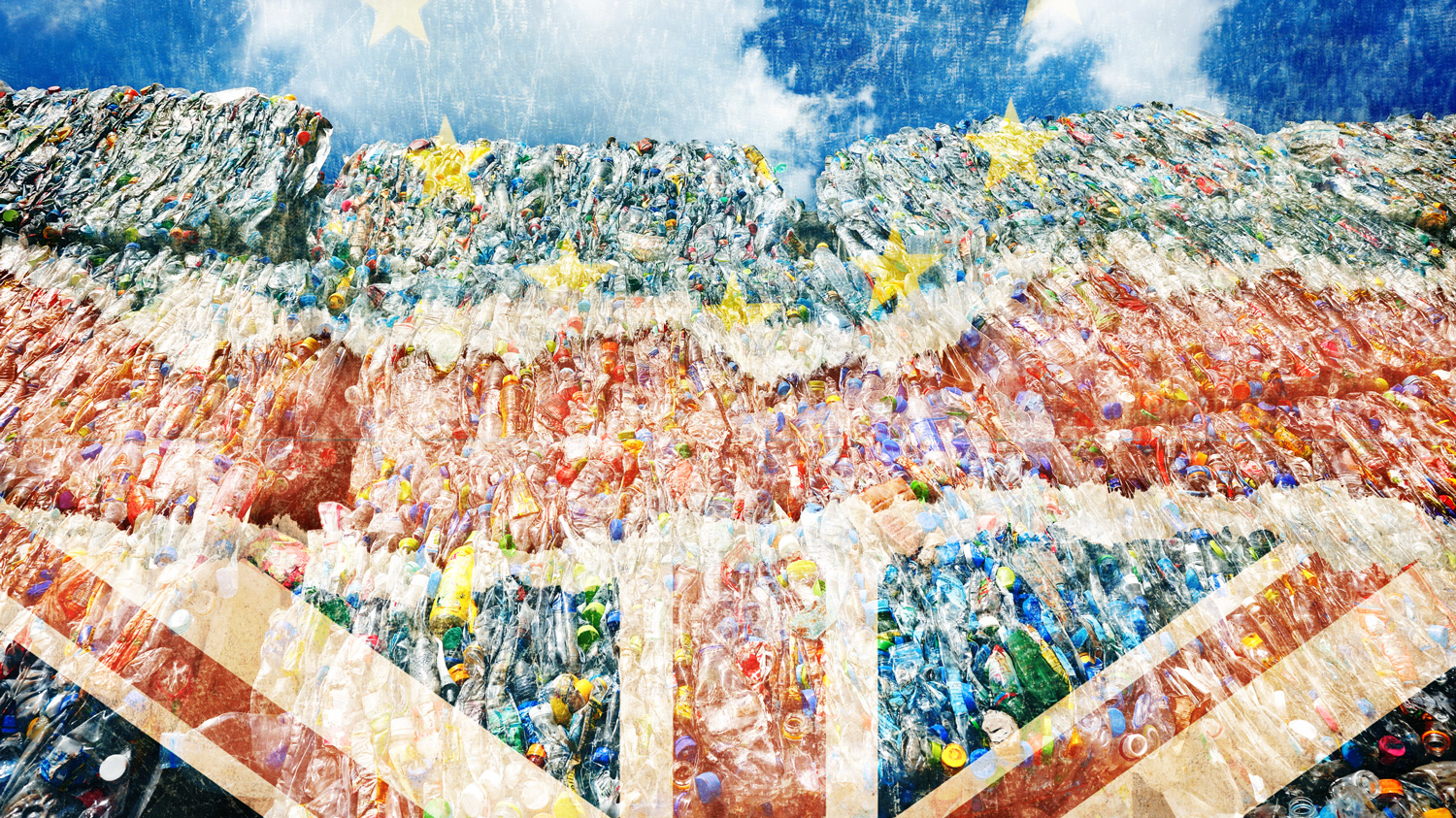 What a waste - Brexit and waste management

Today is historic – on 29 March 2017 Theresa May will push the button that opens the trapdoor to Brexit and we will have two years in which to slide through it. Will we glide through and land gracefully on a conveyor belt into the future? Or will we be dumped unceremoniously onto a giant heap and then have to fight for whatever scraps come our way?

Earlier this month the EU held the latest conference on the Circular Economy Action Plan (CEP), a package of measures that will amend several of the fundamental EU directives, including packaging waste, ecodesign and landfill directives, to introduce a total resource efficiency concept.

Proposed legislation includes targets to recycle 65% of municipal waste and 75% of packaging waste by 2030, with landfill to shrink to a mere 10% of all municipal waste in the same time. Segregated waste will be banned from landfill altogether. The EU will incentivise programs that ‘turn one industry’s by-product into another industry’s raw material’, which they term ‘Industrial symbiosis’, with greener products on the market and recovery and recycling schemes for, amongst other things, packaging, batteries, electric and electronic equipment and vehicles.

This is quite a substantial legislative agenda at the best of times. It is unlikely to be fully complete by March 2019 either. That which has been agreed, though, will be law for the UK right up until B-day.

On the day after that we had better have a plan. Just considering this one area of policy – waste management – being negotiated at the same time as the two years of squabbling between decree nisi and decree absolute makes your head swim. The basic premise of CEP is that waste is a massive social and economic problem that we are only now starting to deal with in a sensible way.

Human beings are the only creatures on the planet that make waste that is not only not reusable by them or anything else, but also waste that is, in many cases, actually harmful to itself, to its food sources, to the air it breathes and to the water it drinks. If Dr Dolittle was a real person, the first words of communication he would receive from the animal kingdom would not be “ahoy hoy”, but “WTF?”

Most objective thinkers on the subject of resource use and waste suggest that making 100% use of what we throw away is the lowest level objective for policymakers. The real prize is a truly circular economy where there is no such thing as waste. To hear the visionary Walter Stahel speak (and he is very prominent in the Commissions CEP promotion materials) is to realise that there are deep implications of the circular economy that are anathemic to the current political mood. He says of the CE that:

“…its main goal is performance. That means rethinking the idea of buying and selling goods as services, rather than products – so what we are buying and selling is performance. The business model of renting goods has always existed in the industrial economy, but in a circular economy this is expanded to include a much wider range of items…we can rent cars, apartments and offices… clothes,… robes or uniforms … handbags … tools and equipment … computers and mobile phones...

“The circular economy also favours ‘shared’ goods as services, such as public transport, including railways, airlines, metro buses, city bikes and taxis, as well as pay‐roads, toll bridges and toll tunnels. In all of these transactions, you are buying performance…”

Sounds to me like the death knell for consumerist ownership models. Europe is embracing this millennial philosophy as the only way out of the terrific impasse the west is in: where our disposable culture has left us resource-poor and with a mountain of junk to tackle; this is despite the fact that the EU will be taking a position that makes most of its own waste legislation of the past two decades obsolete.

The UK is lagging behind even that. We currently pay other countries in Europe for the privilege of letting them take and burn our waste in their starving incinerators, to then make electricity that they can sell back to us! More bonkers is that we are still so wasteful of resources, despite having relatively few of our own. Britain is probably the most lopsidedly service-based of the big economies of Europe. The only physical thing we produce in quantities sufficient to keep the continent beholden to us is North Sea oil and gas, which they can also get from Norway and which the entire planet (barring one or two crazy people in America) is imploring us to leave buried underground. The pace at which Europe is weaning itself off fossil fuels as a primary energy source would be the equivalent, in a divorce, of insisting that your former partner can have the kids.

Whereas our national genius for selling desirable services at a high-price ought to be poised to capitalise on a global transition to an ‘everything-as-a-service’ economic model, instead we find ourselves having just thumbed our nose at the first section of the market to think genuinely and seriously about buying something just like that. We’ve stacked the shelves and then shut the shop.

The first priority should be to make a deal that says UK manufacturers and exporters will match the resource efficiency standards that the EU requires now and after B-day, even after we no longer have any involvement in helping to establish what those standards should be (and we were pretty good at that). And we should push ourselves towards CEP, regardless, because our little island needs to be more self-sufficient in the potentially cold and friendless isolation that might be waiting for us, not less so. Let’s see if our government can recognise the effective contingency plan that a circular UK economy represents and grasp it.

The movement of waste across international borders is restricted by international treaty and agreement. Such agreements dwell beyond the EU, which permits limited trade between members. Article XX of the General Agreement on Tariffs and Trade (also known as GATT) contains the relevant WTO rules on trade restrictions to protect the environment that would apply to the UK after B-day. The rules therein are very straightforward: no one has to accept waste from anyone else. If the EU is busy trying to increase the amount of recycling, that means they’re decreasing the amount of terry nappies, tea towels and Christmas jumpers that are bound for incineration in Holland and Sweden.

So we ought to start thinking now about building some waste incinerators of our own to accommodate the three million tonnes we send abroad for burning. An operational waste from energy facility takes years to plan and build. An operational waste from energy facility in nimby old Britannia will take decades; no one wants stinky rubbish trucks and belching chimney stacks affecting the value of the only investment that Britons really care about: their homes.