Fire safety guidance – what you need to know

Those of us who work in safety – and particularly in fire safety – have learned to see fire risk on a continuum. There really is only a small degree of difference between a toaster burning out and the kind of catastrophe that brings about scores of deaths, days of national mourning, and fundamental change to how we treat this most ancient, most omnipresent and most duplicitous of hazards. Certain fires – Bradford, Kings Cross and now Grenfell Tower – are bad enough to alter the national consciousness. But they only require a modest amount of alteration in conditions to become so. Fire fighters have always known this. When you meet them and talk to them, their experiences of fire are vivid and visceral, never far from the surface of the mind. The same is true of people injured in a fire or those who have lost loved ones and those who have escaped a fire. For the rest of us it is simply a dim possibility that we barely, if ever, consider.

But the truth of fire safety is that there are inherent fire protections wrapped up in everything we make and use. There are actually hundreds of British Standards regarding specific products; how they burn, how to test how they burn, how to make them not burn. There is industry guidance available from a range of different organisations including Fire Authorities, DCLG, HSE, Loss Prevention Council, the Building Research Establishment, FIRA, and the Fire Industry Association to name just some. It is this complex landscape of advice that building owners need to try and navigate. It is fair to say that you can’t really do it without some specialist advice.

Nonetheless, since 2005 the three main legislation and guidance sources for business and building owners regarding fire are:

When the RRO came out in 2006 it had three main objectives:

This new regime was reviewed in 2013 by DBIS. The review concluded, amongst other things:

There is also a strong sense that fire protection departments are given less prominence than the more visible aspects of the service such as operational fire-fighters or community safety teams… some authorities seem not to describe enforcement as part of their role or to see themselves as regulators… insufficient funding being allocated to fire protection… fire protection teams may [not] have received training locally… to a national standard or qualification; and individuals often don’t have experience of working with companies in a regulatory role…

This was quite a shocking conclusion. The removal of certification and prescription appeared to have fundamentally weakened enforcement. The review also concluded:

Fire protection officers and industry specialists told us that the competency of some of those carrying out risk assessments on a commercial basis is questionable and that until recently there has been no national standard available for them to operate to.

These criticisms of the Fire Safety Order have yet to be fully answered by government. The fire authorities will be keen to put it back on the table for discussion.

Approved Document B to the Building Regulations 2010

The Building Regulations 2010, which govern the construction of buildings in the UK, have an appendix called Approved Document B (sometimes called Part B for short). Part B (in two sections for dwelling-houses and other premises respectively) sets out:

The key thing to remember about the Building Regulations is that it relies on the process of permission, inspection and enforcement by local authority building control or by appointing one’s own approved inspector. If you build something non-compliant, it is up to the local authority to spot this and to require you to change it. They are very good at this, as are a great many consultants providing support as approved inspectors. But it is by no means fool-proof.

Part B has not been reviewed since 2006 whereas other Approved documents have been reviewed much more frequently; in some cases every couple of years. One of the serious concerns being voiced is that the changes to another of the documents, Part L governing fuel and power conservation in buildings, has led to a burgeoning industry in refurbishment of building insulation for energy efficiency purposes. One of the criticisms that will be levelled after Grenfell is ‘Should Part B have been keeping up with Part L in this regard?’. In a 2013 amendment to the Building Regulations a few modifications were made to Part B as a result of Part L. They total a couple of pages.

BS 9999: 2017 Code of Practice for Fire Safety in the Design, Management and Use of Buildings

The last in the trio of majorly important fire documents for building managers is BS 9999 (or four nines as we like to call it). This is a consolidation of several British Standards and guidelines on fire safety and has proved to be a very useful tool. Some British standards are expensive filigree, of interest to a rarefied technical audience. Not this one. The Code of Practice for Fire Safety in the Design, Management and Use of Buildings 2008, now updated for 2017, is a bible. It looks and feels like an ACoP, having in it a simple process for characterising the risk profile of a building based on occupancy and use. It is applicable to new and existing buildings, but it must be borne in mind that it is a whole package approach. It is not suitable for a partial design with single fire risk issues to overcome in isolation.

There are a few other documents on the government website. Some, such as the Twelve Guides that accompanied the RRO date back to 2007. Much as they may be tempted to wait until after the public enquiry, there is going to be pressure on the government to update all the fire safety advice and support available to the public and to building owners going forward. The outcome of the enquiry may well affect both the enforcement regime and the planning approval regime. The three documents highlighted above are supposed to provide the responsible person with the information and guidance they need to improve fire risk management and arrangements in their building now.  So now is a good opportunity for the Government to agree to review both Approved Document B and the RRO, and to expect BSi to make sure BS: 9999 stays current. 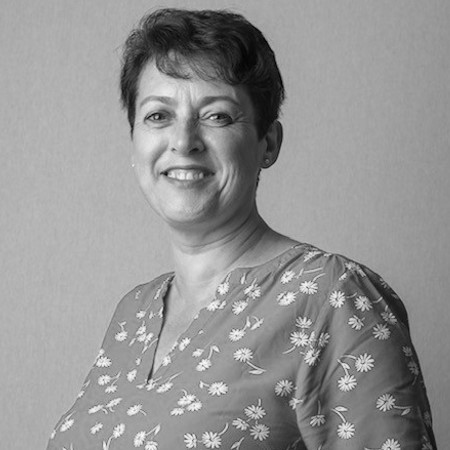